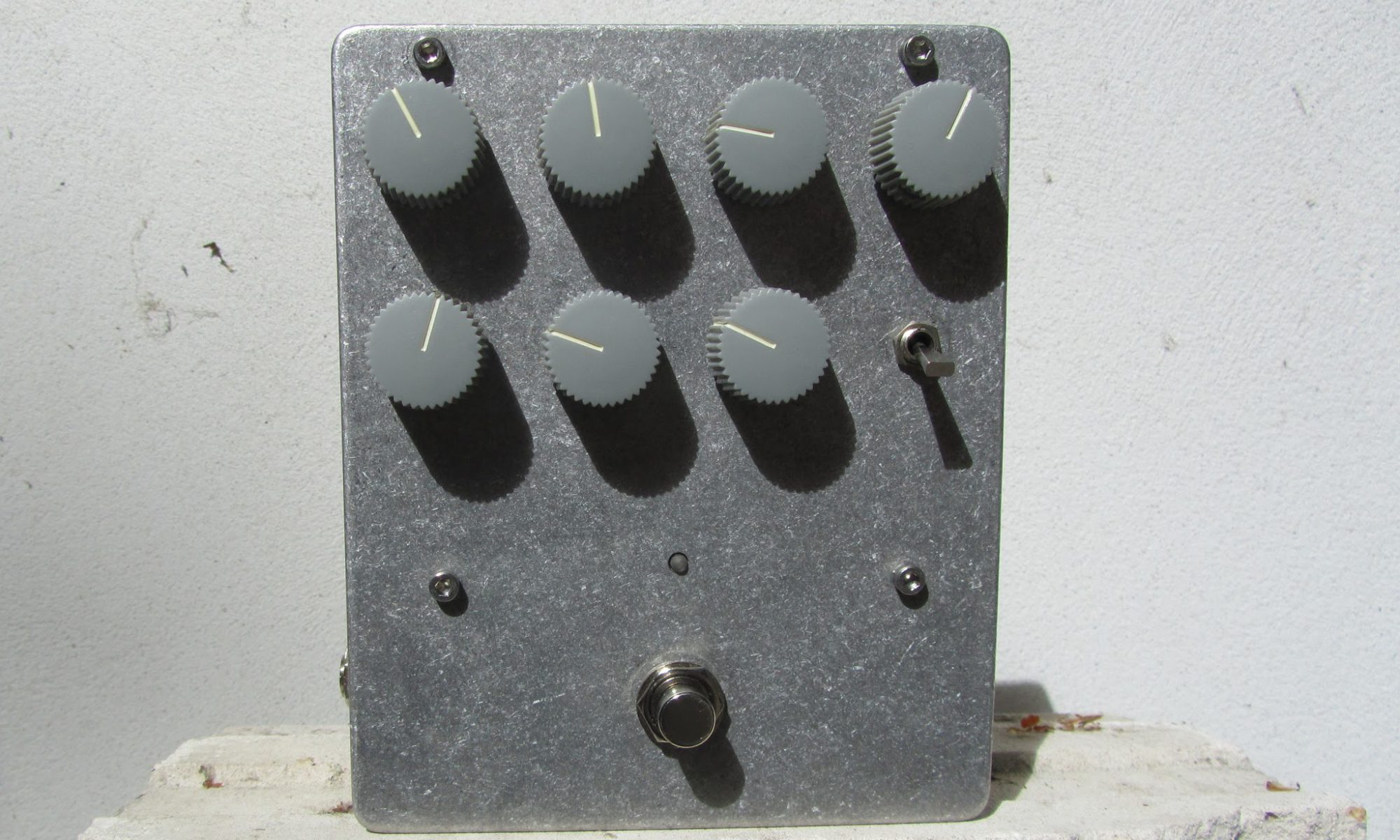 Built for Yavor Yordanov
Hot on the heels of the Hot Chocolate Filter and Auto-Wah comes the newest incarnation– the White Chocolate Super Filter / Auto-Wah Wah.  Yavor contacted Rerun about making a pedal similar to that of the Hot Chocolate Filter after seeing Tim Gane with Cavern of Anti-Matter playing live.  For Yarov’s model we changed a few elements but kept the same basic shape and circuit.
The first thing we both agreed on was that having an input level control could be handy.  This allows the user to adjust how fast the envelope attack comes as well as offering the chance to overdrive the filter.  The filter itself is the same State Variable filter used in countless synths and so on but offers the control of Low Pass, Band Pass and High Pass concurrently.  Even without the envelope control, this filter is extremely flexible and can make some extreme sounds from chocolate thick to eye-watering harsh!
When the envelope section is brought in, the signal is typically compressed and makes for loads of fun playing off the crazy duck and bwahhh tones.  By mixing in the various filters, one can have more or less of the original signal.  As the unit uses a bipolar power supply, headroom is no problem for most instruments and line-level signals, it sounds great on bass and guitar but also drum machines and clavinets.