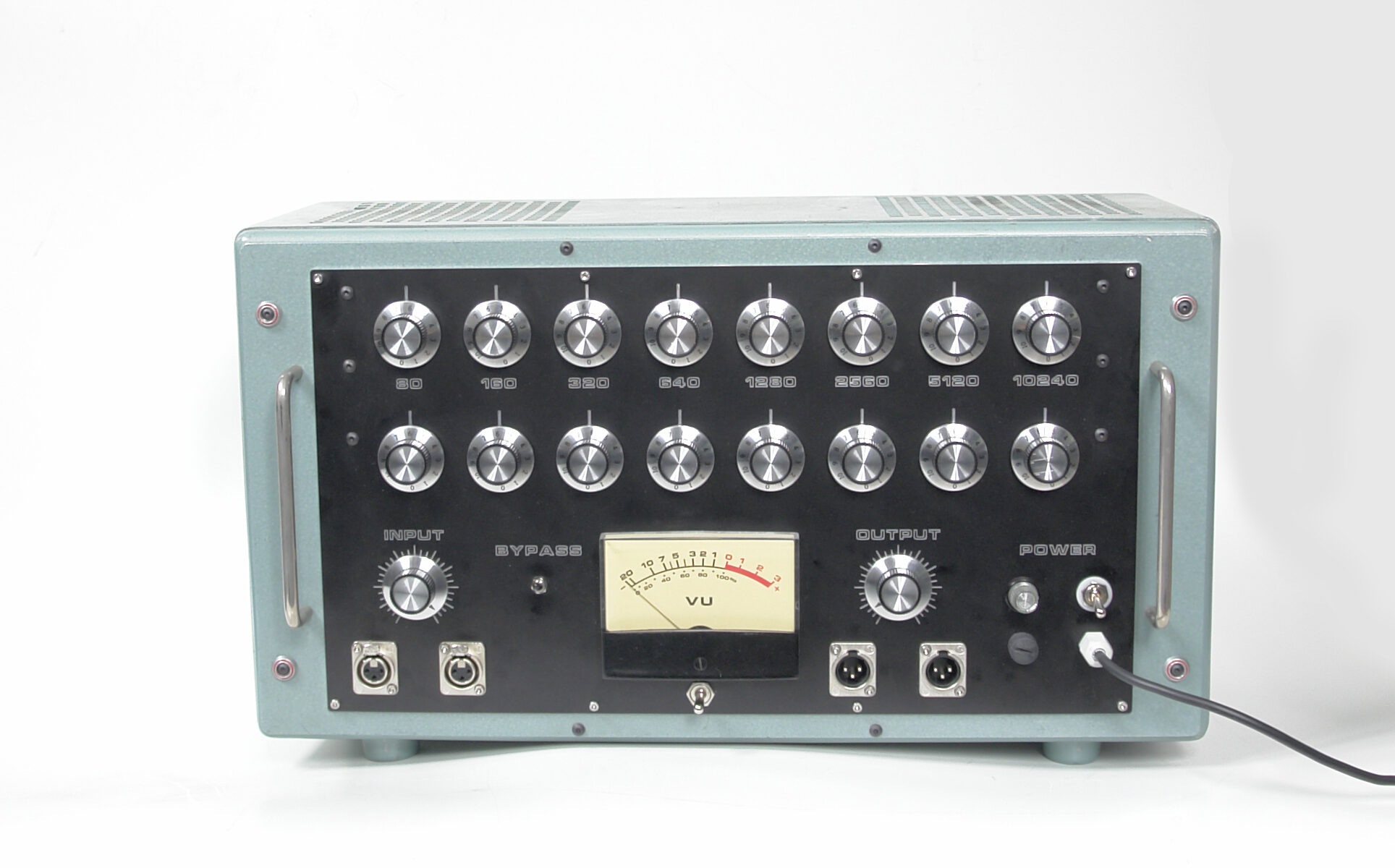 This project was something I have wanted personally for a long time in the studio, namely, an all tube inductor graphic equalizer. I may be alone here but the typical graphic eq sliding faders aren’t that appealing to me, they go bad too often, or suffer from breakage and expensive repairs. The 8 bands included here are more than enough to cover an average frequency spectrum– this obviously is not intended to microanalyze anything, rather to impart a certain character and warmth that really helps a flat mix and adding a touch of sheen to a mix that sounded great off the bat!

The actual circuit uses tubes but is derived unashamedly from the era of solid-state. There were many millions of graphic eqs built in the 70’s for hi-fi usage and I am sure that a couple of these found there way into the studio at some point as they sounded quite excellent. I’m not sure when graphic eqs became unfashionable, but it always seemed a shame to me as they are easy to set up and really just perfect for a mix bus. It’s really hard to mess up a mix with a Quad Eight 712 strapped across it for instance!

Finally, the circuit has input and output controls that allow the user to drive the signal a bit more or less according to taste.